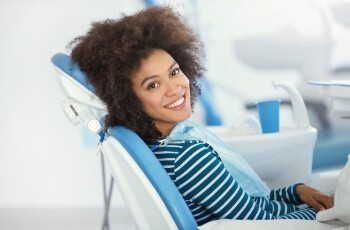 You’ve wisely brought your child in for a dental checkup. Which reveals they have a cavity in one of their back teeth. Which involves anesthesia, removing the decay with a high-speed drill and filling the void with a plastic material.

Will the experience make your child fearful of dental care?

Will it cause your child to have an aversion to regular checkups? Or dentists?

Now, imagine a world in which their treatment wouldn’t involve anesthesia, drilling or filling.

Almost two decades ago a dentist in Scotland began exploring alternatives to the traditional approach that we’re all familiar with. Would it be possible to successfully treat a cavity without the need for anesthesia or even drilling?

Dr. Norna Hall began experimenting with a unique approach. Instead of removing the decay she began cementing a preformed metal crown over decay. No anesthesia or drilling required.

Sealing the decay starved the bacteria of the oxygen it needed to continue its destruction.

Cavities As a Biofilm Disease

We generally think of bacteria in the body as bad. But we need a variety of microbes to remain healthy. A proper balance between good and bad bacteria is the key.

Bacteria live in complex groups and are highly organised. Think of them as a film—like barnacles that grow on the bottom of a boat.

Brushing and flossing disrupts this biofilm, impairing its ability to thrive and produce the acid that attacks tooth enamel. It’s this biofilm that causes bad breath, inflammation and ultimately, gum disease.

The early field testing of the Hall Technique occurred in Sudan. Low-income countries often suffer from a lack of modern dentistry. So a simple, fast and non-invasive approach to tooth decay was welcomed.

The randomised controlled trial involving 164 children between the ages of 5 and 8 years of age was conducted over a two-year period.

The results were stunning to say the least.

The Hall Technique cost a third less than traditional treatment and could be completed in eight minutes rather than 45 minutes. Plus, there were other advantages:

However, there was one downside. While the children receiving the caps were much happier, siblings who didn’t require treatment became jealous of their brother or sister who did!